In the first half of the Twentieth Century the motorcar went from being an Edwardian eccentricity to a standard aspect of every day life for millions of British citizens. With it’s rapid growth in popularity came seismic changes to the country’s road network and the introduction of raft of new industries supporting those who used it. A boom in demand for mechanical expertise to service, repair and refuel and sell saw hundreds of ‘garages’ – taken from the French verb garer meaning ‘to shelter’ – open nationwide.

Filling Station Closed in an ongoing photographic documentary project centred on the surviving automotive architecture from the period 1900 – 1939. 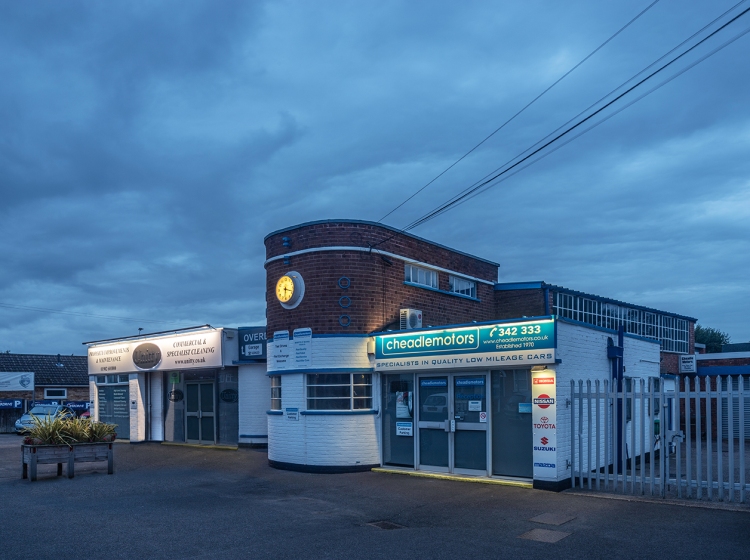 This new series aims to capture a selection of survivors with a broad range of architectural styles; from early structures reconfigured to capitalise on the birth of the motor car, through to streamline machine-age purpose built offerings of the mid-1930s. Wooden sheds, aircraft hangers, former forges, weird homemade extensions on earlier buildings, and futuristic brick cabins will all make an appearance in the collection. 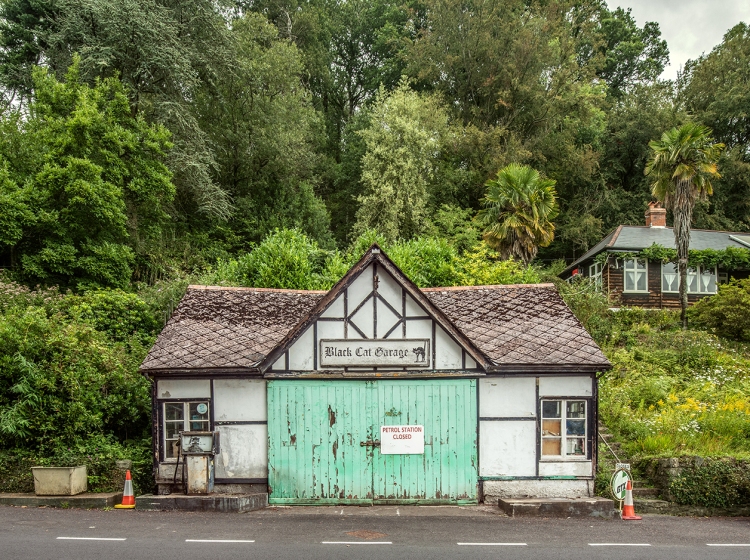