14 months ago, I assigned myself the task of researching and photographing of all of the surviving Art Deco and early modernist architecture in my home county of Worcestershire. The resulting images would then be compiled together into a booklet of some kind, with a few copies printed up for posterity. A nice straightforward achievable project to occupy myself with, when the time presented itself.

At this point my ‘green-horn’ credentials became blindingly obvious. Not only did I underestimate how much work is involved in such a project, but I forgot how obsessive and single-minded I become, once committed to something. And so, for over a year, I devoted pretty much all my spare time, outside of work and family, to what became Streamline Worcestershire.

Travelling all over, including areas that were once, but are no longer part of Worcestershire, I visited factories, offices, churches, private homes, shops, cinemas, swimming pools, garages, pubs, hotels, a transmitting centre, a bus stop, a zoo and a water tower. I’ve marvelled at what the county has to offer, with the number, diversity and quality of applicable candidates greatly exceeding my original expectations. Hours vanished while rolling through microfilm at the city library, pouring over stacks of local history books, and scouring the internet for elusive pieces of information. My limited photography skills have also been put to the test, shooting in all manner of weather and light conditions, with the removal of unwanted cars via Photoshop, now a particular speciality. Now this may all sound rather tame, driving to Redditch on a rainy Sunday to find a needle factory not being that impressive, but within my fairly sheltered existence, this was more akin to a Tolkienesque quest!

After the seemingly endless process of proofreading and fine tuning for print, the manuscript was eventually completed a few weeks back, with a bound proof dropping through my letterbox today (via the excellent bookprintinguk). The little booklet I originally envisioned, has grown to a weighty 168 page full colour hardback tome (not quite ‘coffee table’ specification, but substantial nonetheless).

I can’t quite explain the strange elation, of holding, and leafing through one’s debut printed offering for the first time, it is somewhat unreal. I also get a perverse sense of satisfaction in having executed publication following a DIY punk ethic, taking me back to an industrious youth spent recording and self-releasing material in various noisy bands.

Evidently, the book is of fairly niche interest, but I’ve received such a wave of positive feedback concerning the project since its inception, I suspect that I’m not the only one, mesmerised by the lesser celebrated structures of this golden age of design.

‘STREAMLINE WORCESTERSHIRE – DISCOVERING THE ART DECO & INTER-WAR MODERNIST ARCHITECTURE OF THE COUNTY’ is a limited print run of 258 copies (the number of ODEON cinemas opened in the UK during founder, Oscar Deutsch’s, lifetime). Available direct here, via Amazon, and through a number of local retailers. OUT NOW. See www.streamlineworcestershire.com for more information. 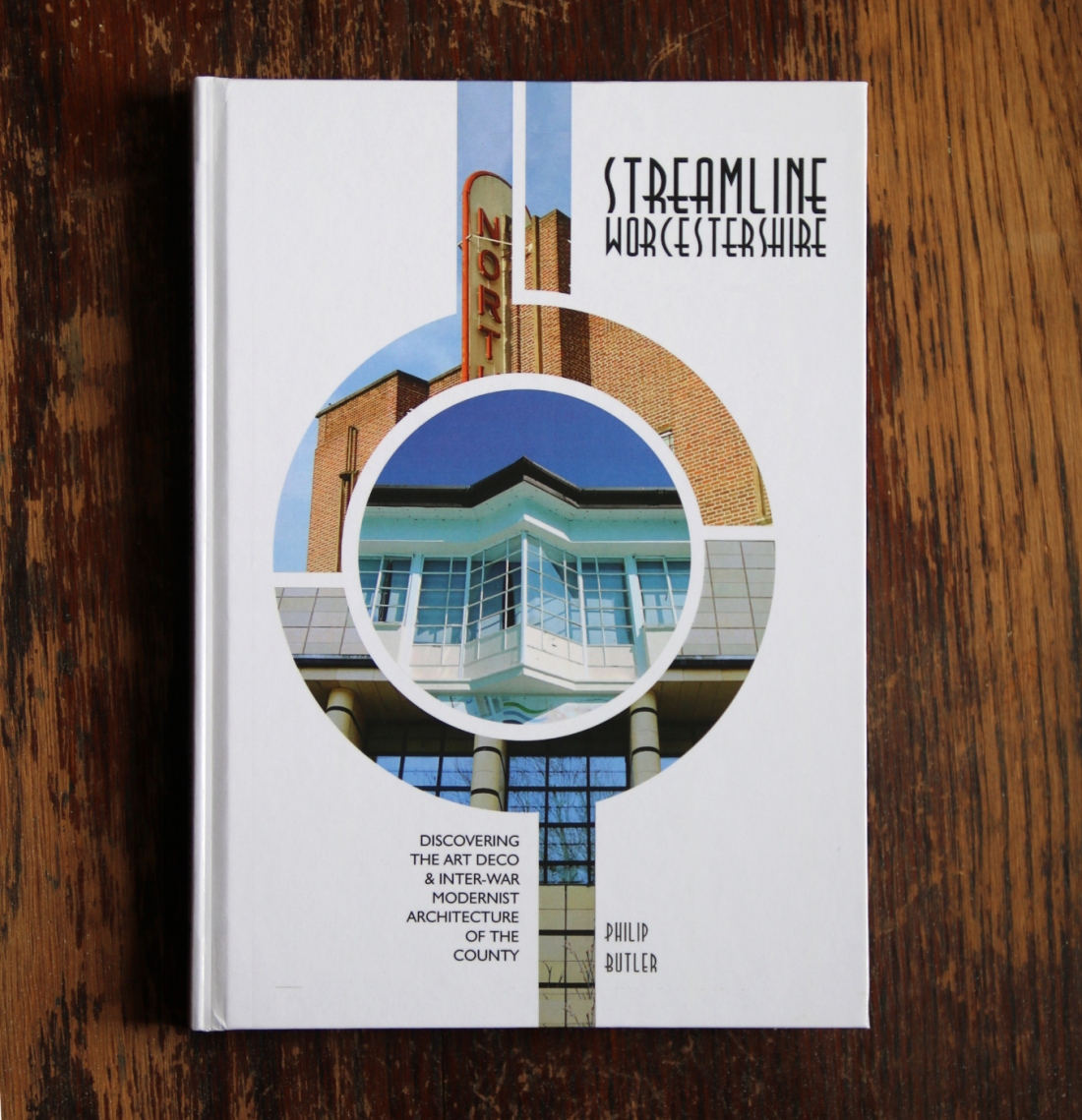 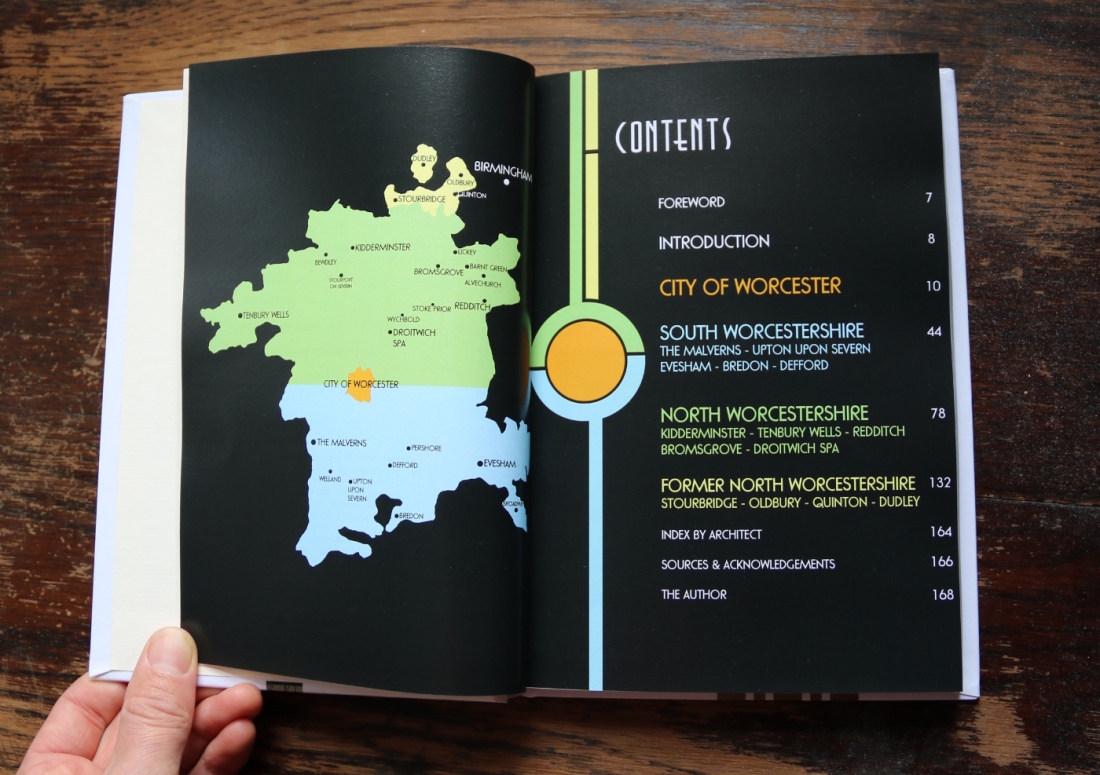 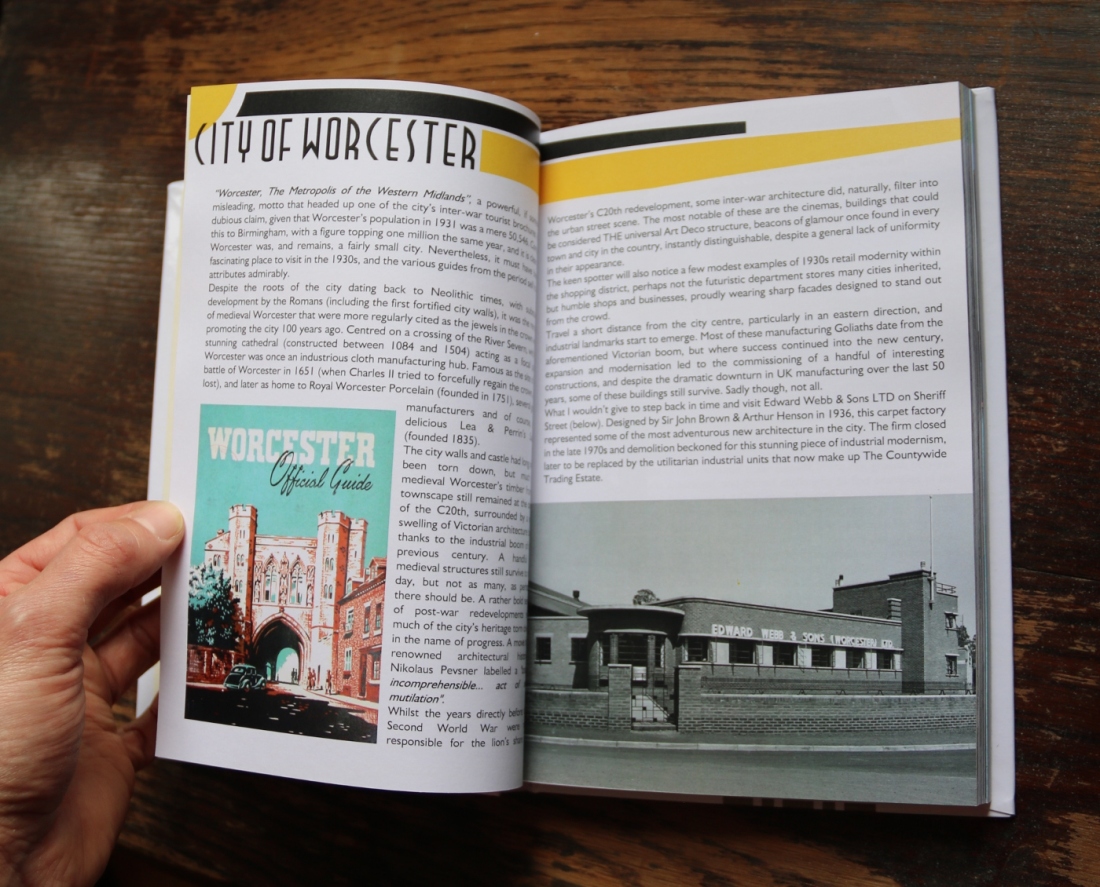 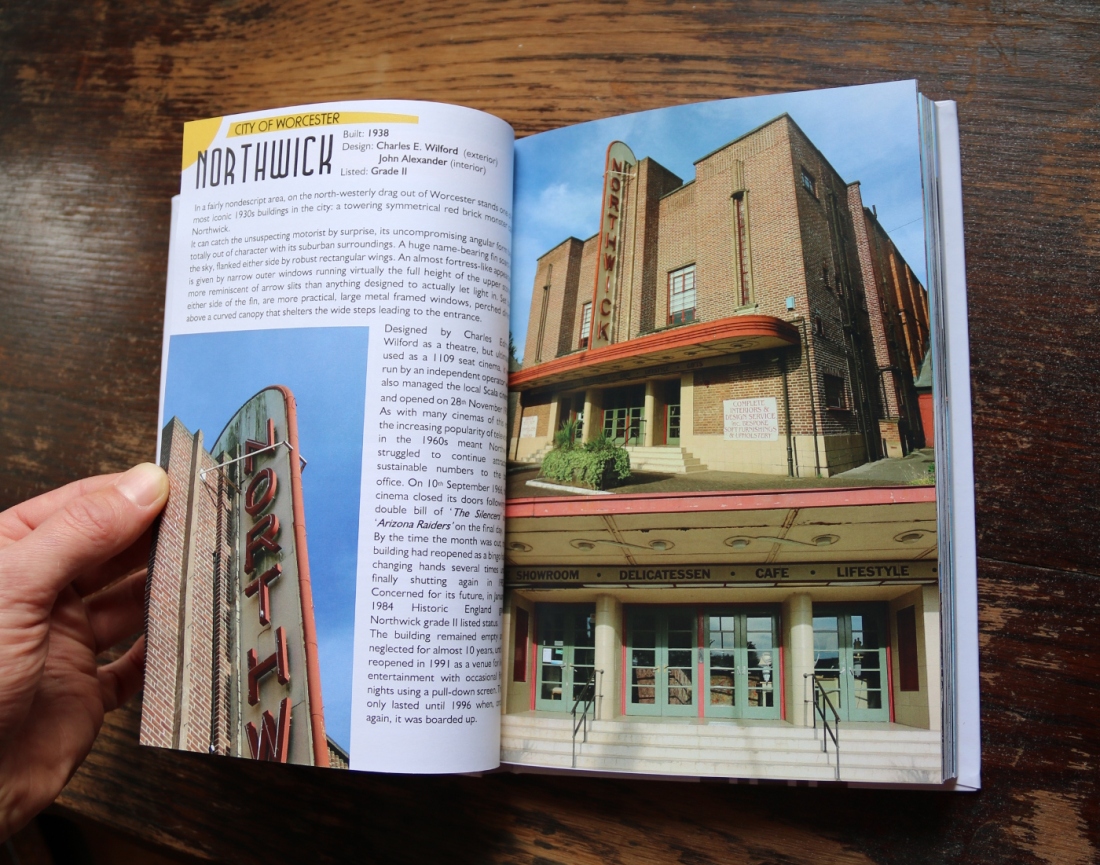 10 thoughts on “ Streamline Worcestershire – Adventures With The Printed Page ”