Ever feel like you want to escape from the modern world with its never ending stream of deeply worrying problems? Fancy a bit of head in the sand action for an hour or so? Well should you ever find yourself in the settlement of Beaconsfield, as I did recently, you can do just that by purchasing a ticket to Bekonscot model village. Originally created in the 1920s by Roland Callingham in his back garden as a labour of love, this fictional land has become one of the country’s most popular model villages.

The ‘village’ (which is actually made up of 6) is a beautifully landscaped 1.5 acre plot set out with rolling hills, mountains, rivers, lakes and beaches. Railway lines a-plenty wind
their

way around the site with miniature trains howling out of tunnels and pounding across bridges just as they would have done in the golden age of steam. To quote their website, ‘There are more than 200 buildings, 3,000 inhabitants, 1,000 animals, hundreds of vehicles and many models move right before your eyes’.

The architecture, as you might expect, includes houses, churches, castles, farms, schools,

shops , a windmill and colleges. But this is just the tip of the iceberg.. we also have London
Zoo (with iconic penguin pool), a cement works, a circus, Royal Ascot, Brighton pier, a cattle market, a coal mine and an oil refinery all stuck in a 1930s timewarp. As if all this wasn’t enough, I was hopping around like an excited child by the unexpected appearances of some interwar modernist buildings: 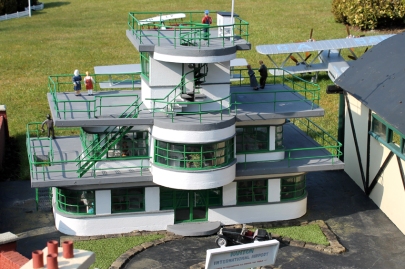 Hanton airport (modelled on Shoreham maybe?), a little art deco bungalow, and as part of a brand new unfinished section, The Hoover factory in London.

In essence, I loved it! When can I go back?!

PS – it’s worth adding that it’s also got a fantastic play park.. should your children be less than excited by model Hoover buildings! 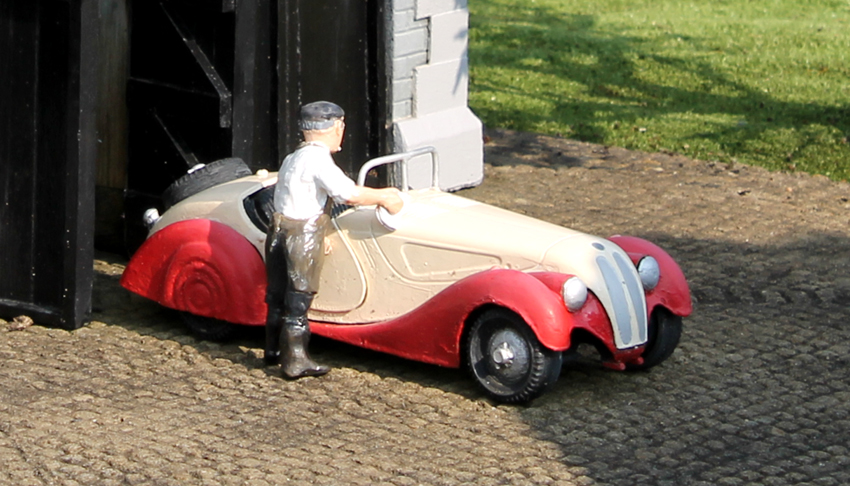